First day was a long drive – about 10 hours including eating and potty breaks. We were pretty exhausted after arriving in Flagstaff and it was almost 9pm. We ordered a pizza from Pizza Hut and it took them 50 mins to deliver it to the room, while the store was just 5 mins away.

There were enough parking spaces at the hotel, so we were able to park the truck and the trailer sideways. There was another truck and trailer parked that way so we didn’t feel bad about taking up too much space. On the next morning we hit the road directly to Albuquerque.

I’ve long known that ABQ has a lot of characters and I saw a lot of photos of it that are full of colors and unique style of buildings. We only stayed in ABQ overnight so we could’t do much stuff. We walked around old town and took some pictures. Surprising it was really empty. As a tourism destination I was surprised how empty it was. Well it was on a Monday, and stores closed at 5pm. And that was also my first time to request a Uber with my dog, and we got a Land Rover 🙂

For this trip I put away my Sony cameras and lenses. I planned to just use Fuji X100v because it’s small enough to fit in my daily backpack. The “recipes” of Fuji X100v worked really well with the vibe of ABQ. 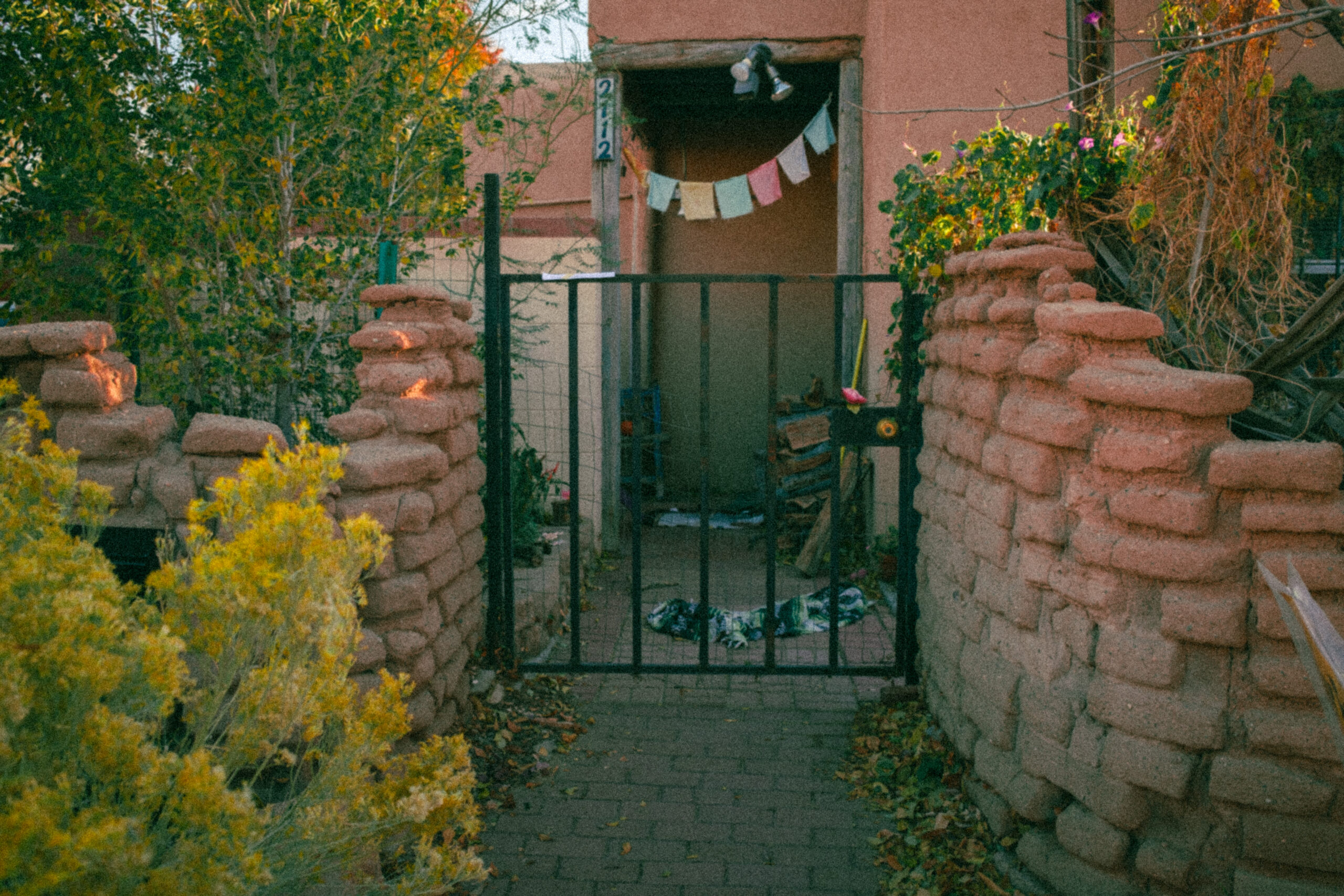 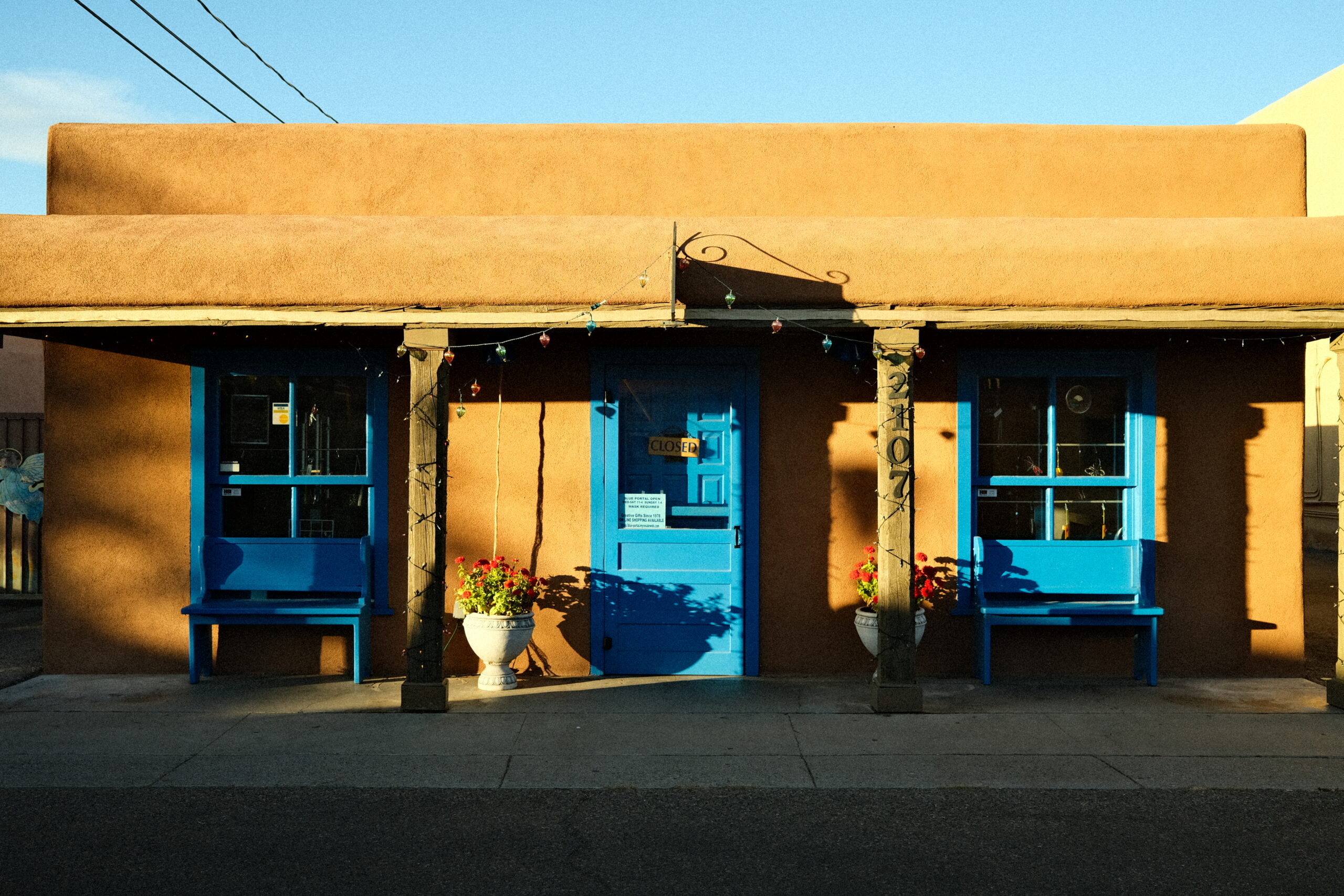 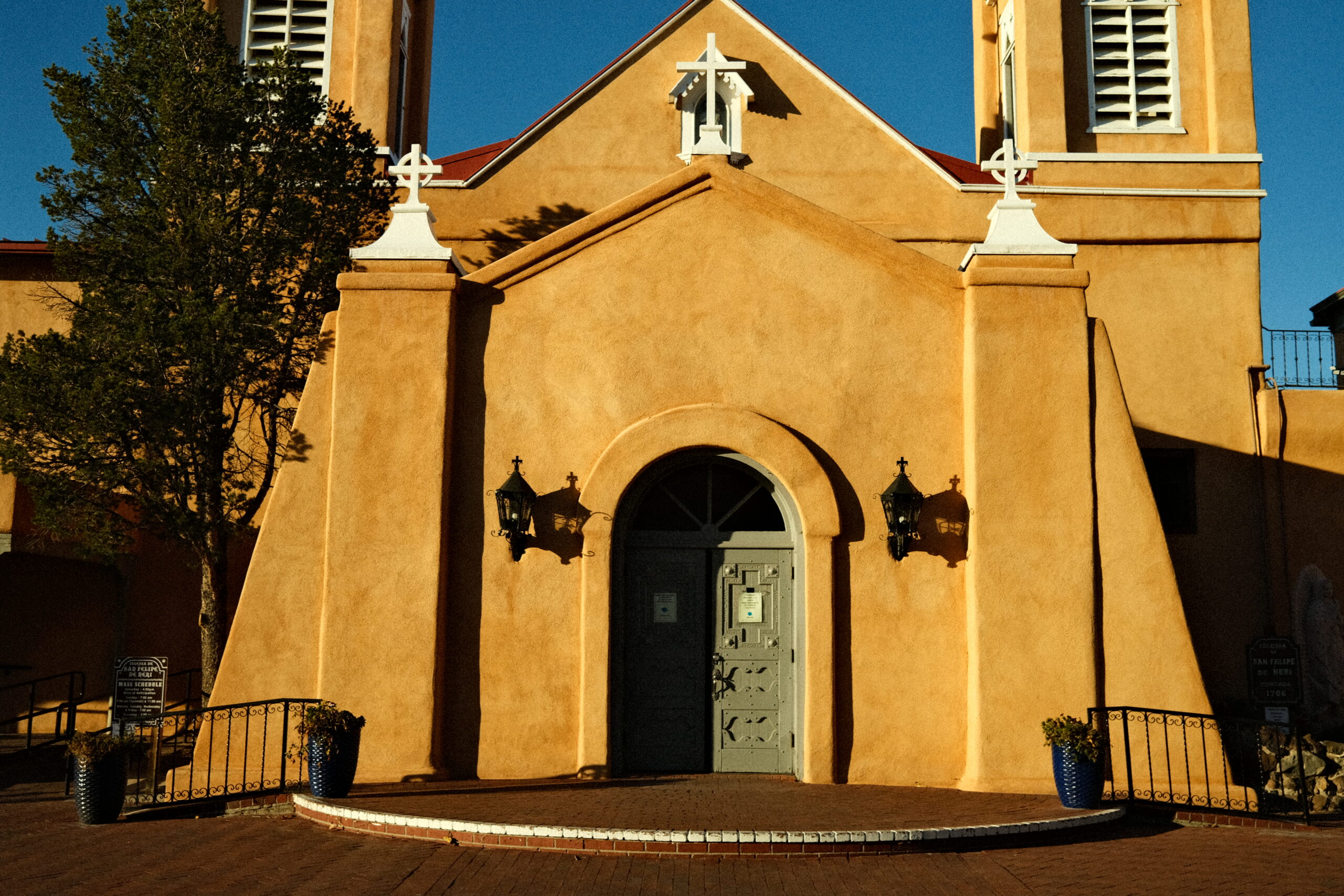 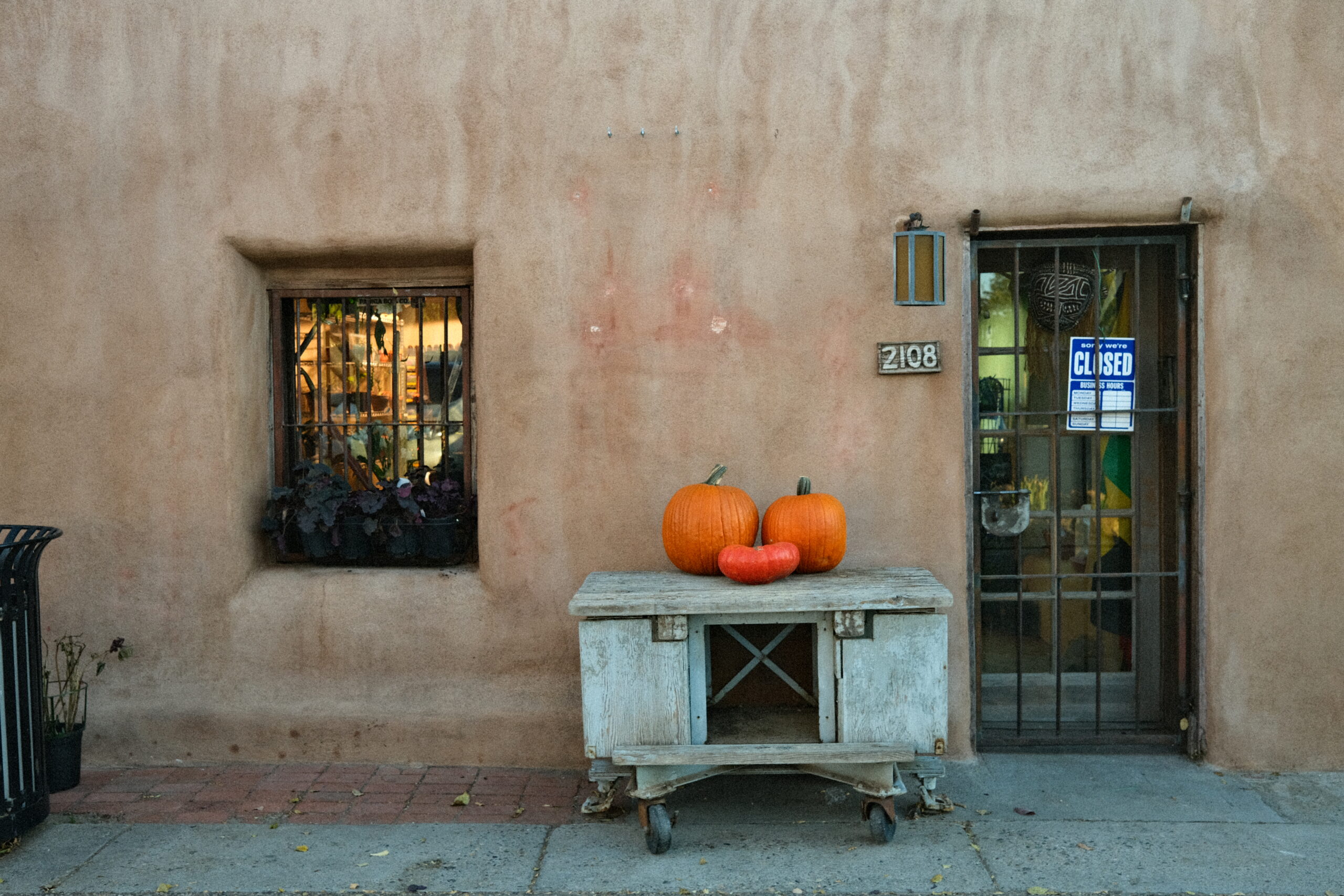 We headed to Tulsa – a little bit off the route, but worth the family time – after leaving ABQ. OK should be called Turnpike State – toll roads every where. Again we arrived late at night, but Carole – Josh’s aunt and Gary – her husband were expecting us to stay with them. At first we thought it was better for both of us to stay in a hotel, but they insisted us to stay with them. They were really happy that we agreed. Our concern was that Carole was diagnosed with stage 4 pancreas cancer a few months ago and her immune system is really weak due to the therapy. But they are really nice and friendly. It was wonderful to talk with them after I got familiar. Gary showed us his toys – RV, law mower tractor, a big V8 Ram truck and his boat. He gave us a tour of his 30 acre property featuring a little pond and so much work he has been doing. He shared all his experiences with us when he was in US navy and toured around the world. He gave a lot of advice to Josh how to take full advantage of his VA medical insurance.

The first time I met Carole she told me I was cute. I was so flattered. I’m used to men/guys telling me that I’m cute, but not from a woman.

I slept so well in Carole’s home, knowing that we didn’t have to get up early and drive the next day. I really liked Carole, but just a few days ago I heard from Josh’s mom that she’s not doing very well. She has stayed in hospital for a few days and she has been meeting her brothers to say goodbye. I feel really sad that nice people don’t get to live a long and happy life. I am also so surprised that pancreas cancer went bad so fast, because she looked totally normal and fine the when we saw her. She gave me a cash bill from her dad when he was stationed for World War II in China. That bill was issued by the bank of Japanese government in northeast China at that time. At least I have a piece of memory from Carole and I’ll always remember how good a person she is.

We headed to Nashville TN after leaving Tulsa. We were gonna spend 3 days there and enjoy a mini vacation in this move. However we had a bit incident while approaching Nashville. The UHaul truck got a flat tire on the left side.

It was already at night and Josh was driving. Suddenly he noticed there were a lot of sparks coming out from the back of the trailer and we made an emergency stop on the road side. Fortunately all traffic on the other lanes yielded to us. Josh said he didn’t feel there was a flat tire at all while driving, so we didn’t know how long we drove with that. But it was dark and it was surprisingly cold in Nashville – about 40 degrees F. We had to stay in the truck to keep warm, and Shabu the Corgi has to stay in the truck as well. Fortunately she didn’t bark too much or got too much anxiety. I guess she’s fine as long as she’s with us.

We started to contact U-Haul for road assistance. Josh tried to do it online but wasn’t successful to get our location sent to them. I told him to try calling but we were put on hold for over 15 mins. We tried the online reporting and it worked. The representative texted us and said there was a road assistance team coming our way.

There was nothing we can do except waiting. One hour passed and no sign of anybody. A Tennessee Highway Patrol cop stopped and asked us what was wrong. We talked with him (and he has a really thick southern accent which I think is really cute) and he said, we should call THP if nobody came within next hour and he’d send someone for us. We reached out to U-Haul and they sent someone else… and then the first guy called saying the traffic was really bad getting to us.

Second guy came first. He was a 25 years old white ginger guy, and has the thickest southern accent I’ve every heard. I couldn’t even understand him at first. He was chatting with us while changing the whole wheel on the trailer for us. He kept chatting for about 2 mins after that was done. And within the 2 mins we knew so much about him:

Southern guys are just so friendly and funny and the southern accent is kinda cute. 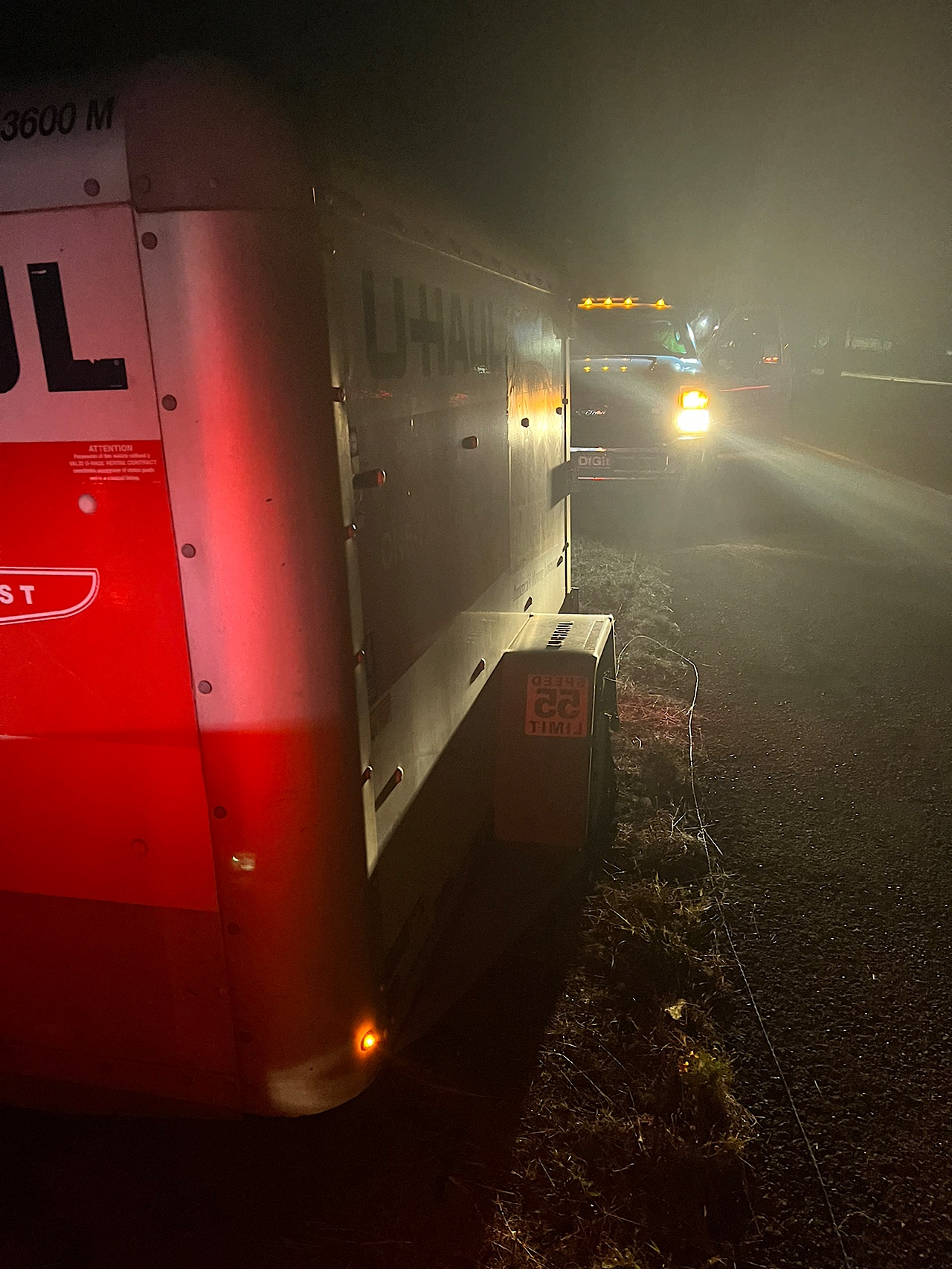 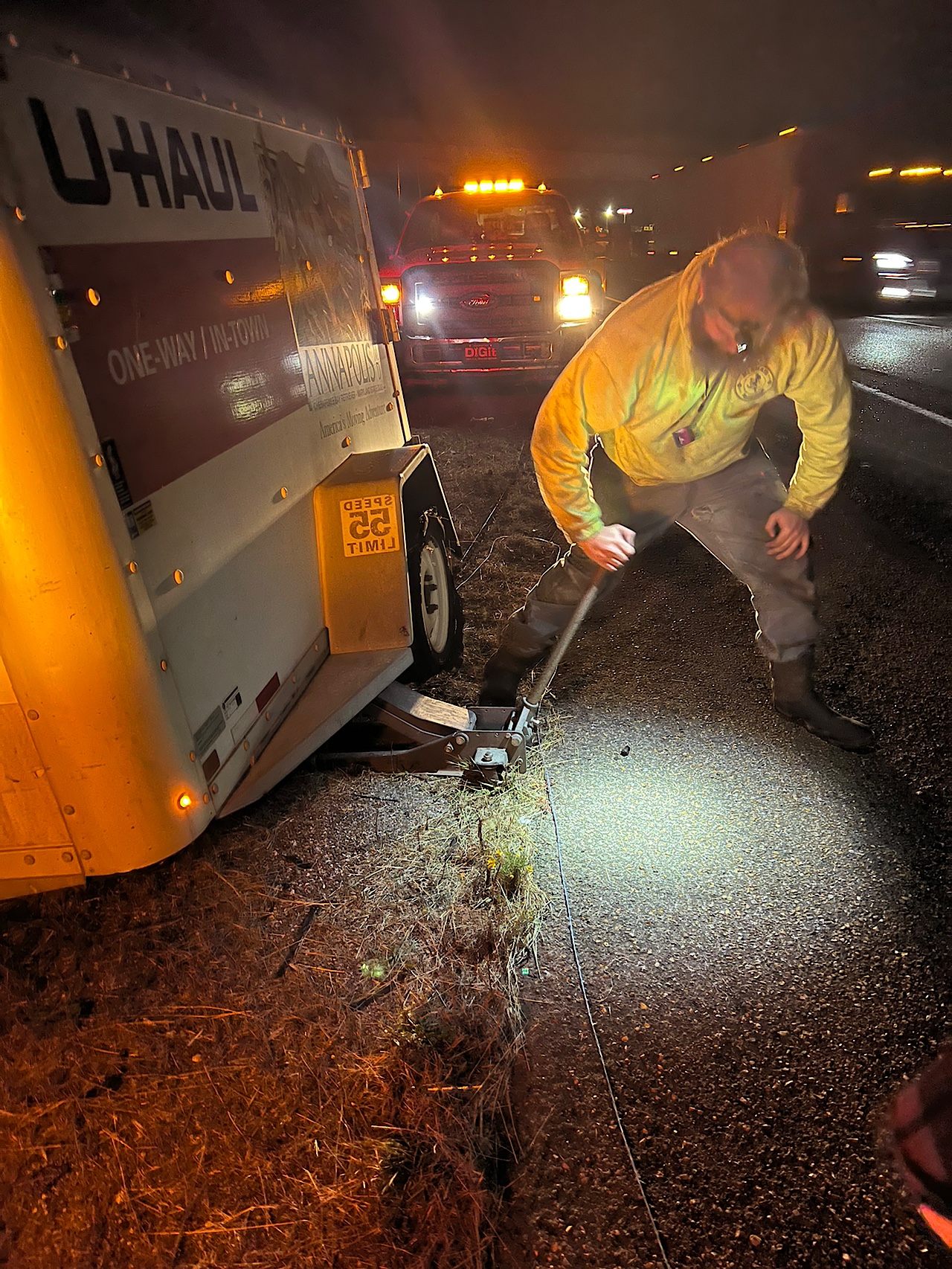 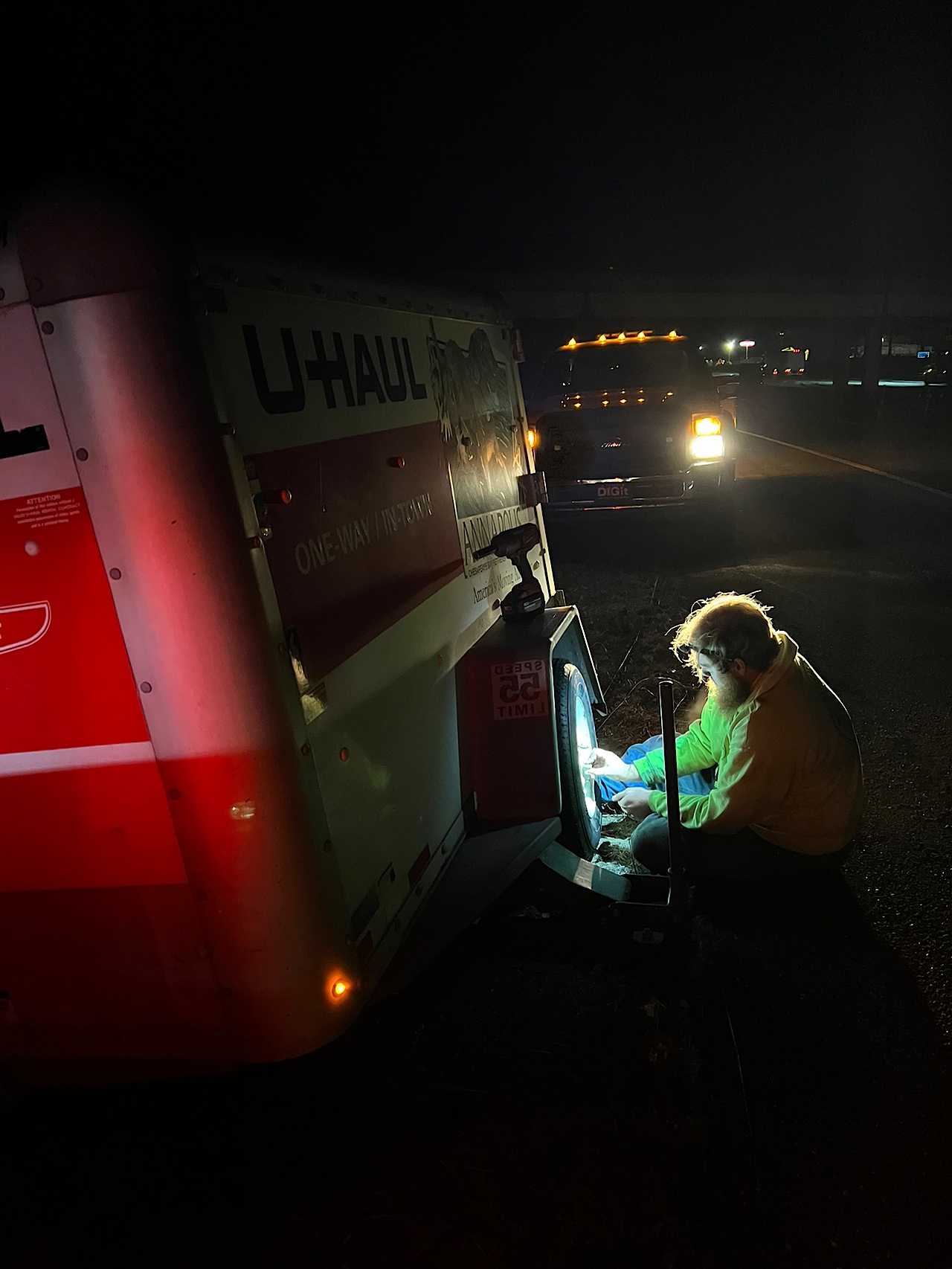 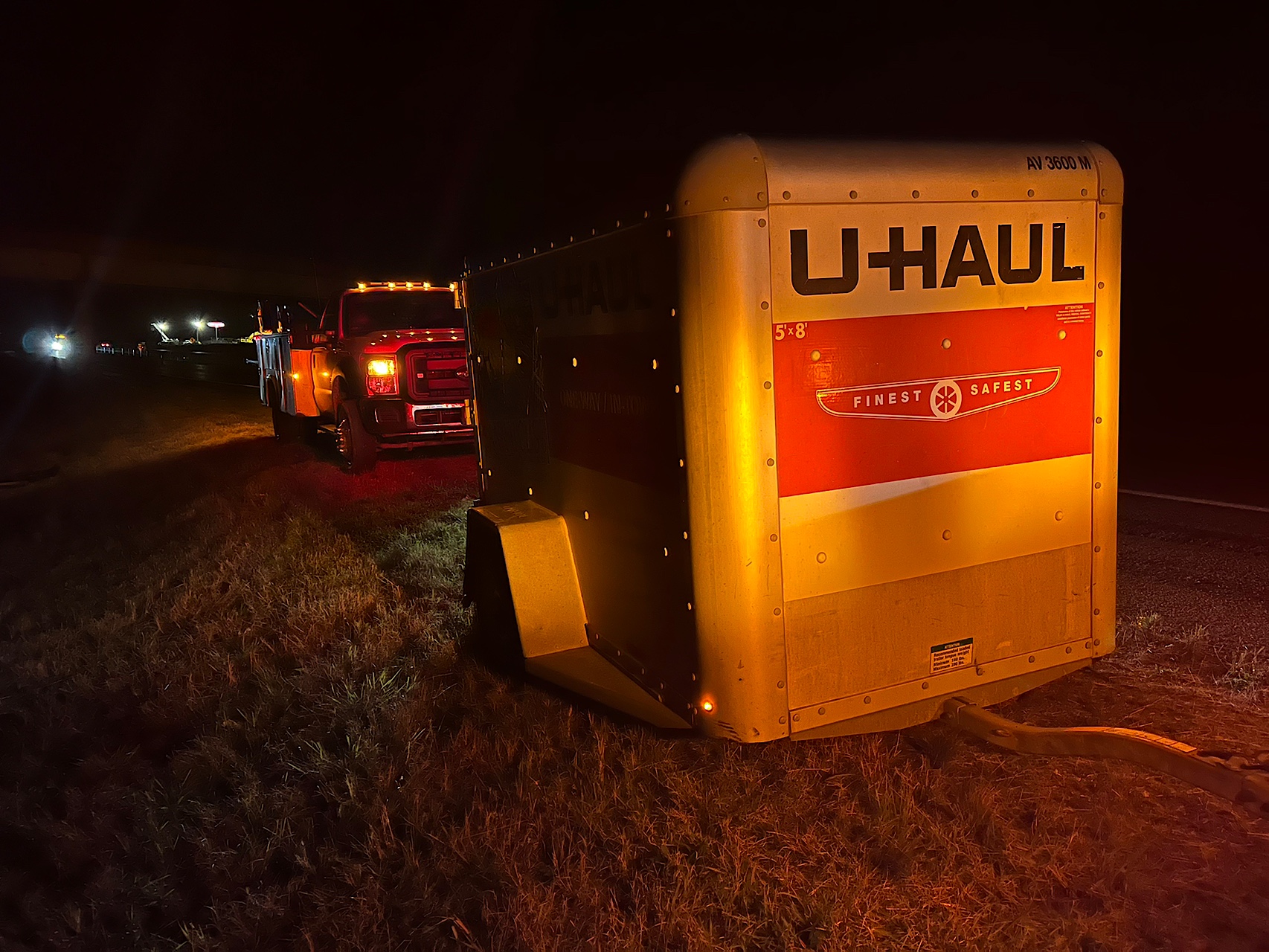 This site uses Akismet to reduce spam. Learn how your comment data is processed.

We’re a gay couple with a corgi – Shabu in Boston, Massachusetts. Every now and then we had some unique experiences and I believe sharing those would make life easier for others.

I’ll share about cars, our dog, as well as our trips all around this country, and photography. We’re all passionate about life, and can’t wait to explore more.